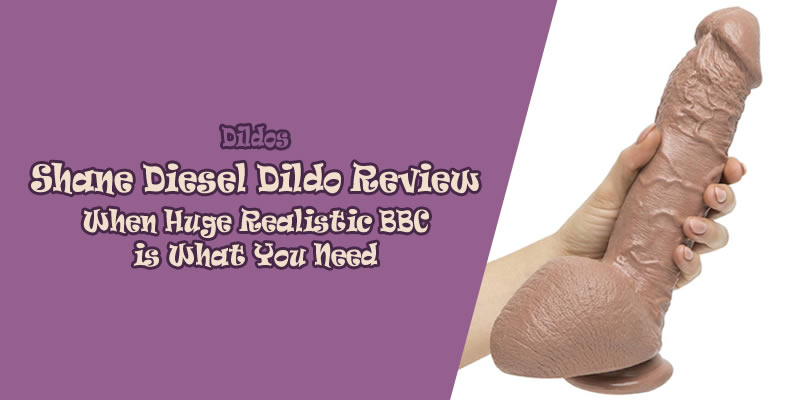 In this review, you’ll find out how well it performed, for what type of user is made, what I like about it and what not so much. 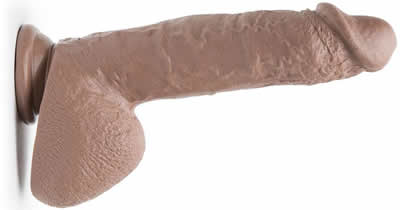 “My Big Black Shaft Will Rock Your World!” – Shane Diesel

It is 10″ long and 2″ wide, which means that’s quite huge and thick. This is not a toy for beginners.

Included in the box is an autographed fan photo of Shane Diesel himself.

But the suction cup makes things even more fun. It stuck really well on any flat surface.

And another great thing is that its harness compatible.

Those new to using penetrable toys might be overwhelmed by its massive size.

When I got it it had rubber smell, which mostly went away after a couple of washes.

But aside from that, there really isn’t anything to discuss as a downside.

The realistic, veiny texture that covers every inch of Shane Diesel’s tool’s replica, feels incredible as it slips inside.

The suction cup base at the end steadies it still for easy solo pleasures, but it can be used with a partner as well.

It’s a great toy for anyone ready to take on a big schlong. The flexible and realistic material warms up quickly to your own body temperature, increasing the pleasure.

Clean up isn’t an issue either. Simply wipe clean or use mild soap and water. Make sure it is completely dry before storage.

Perfect for women to use in strap-on harness play and even for couples to use for foreplay or bedroom games.